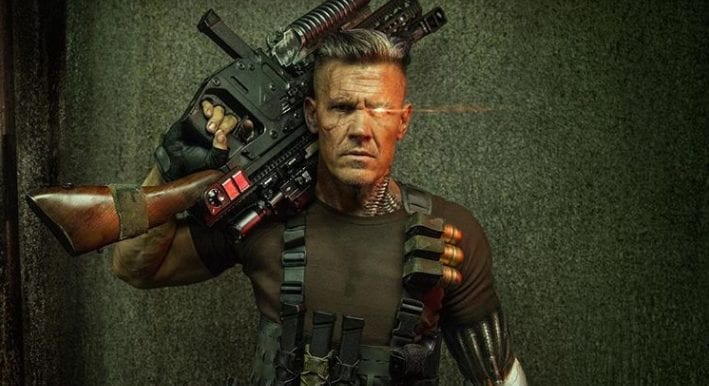 As reported by Yahoo Movies UK:

Josh Brolin is very eager to return as Cable in a future Deadpool movie.

That’s according to the character’s creator Rob Liefeld, who made this declaration during a recent discussion with ComicBook.com, even going as far as to say that the Oscar nominated star of Milk wants to reprise his role “sooner than later.”

“He is itching to be Cable again,” said Liefeld, who even went as far as to explain why Brolin prefers playing the time-traveling comic-book character to Avengers: Infinity War’s Thanos. “He loved being Cable. He told me he understands how beloved his role as Thanos is, but he doesn’t look completely like Josh Brolin.”

Brolin even told Liefeld that his appearance in Deadpool 2 provoked a huge response from his friends and family, adding, “These are Josh Brolin’s own words telling me, Rob Liefeld. He told me, ‘Rob when I appeared as Cable in Deadpool 2, my phones rang off the hook.’”

“It changed everything for him and obviously Josh is gonna get some career lifetime achievement award at some point. The guy is just one of our greatest actors.”

Liefeld clearly has confidence that Brolin’s Cable will star opposite Ryan Reynolds’s Deadpool one day soon, and he hasn’t given up hope that Hugh Jackman will return as Wolverine for a potential Deadpool sequel, too.

“I don’t like to speculate on things that can’t possibly be, but I’m stubborn enough to believe that as the years go by, as we get more distance, that maybe in ten years, that we’ll see [Ryan and High together],” Liefeld said.

“Even though I have been told, by Hugh and by Ryan, that he’s moving on, to my face, minds change. Time passes, things change. I am still holding out on the fact that there is still that opportunity, that they will share the screen at some point now that Ryan has found the Deadpool we all intended him to be.”