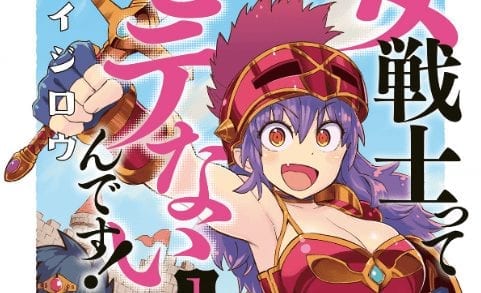 Seven Seas Entertainment is pleased to announce the license acquisition of Who Says Warriors Can’t be Babes? by Taijiro, a hilarious fantasy manga about a woman warrior struggling on the battlefield of love!

Inspired both by a call to justice and a totally massive crush on the Hero, one woman trained until she became the strongest fighter alive! Unfortunately, she might have gone a little too far…because she’s so strong that no matter how hard she tries, the Hero sees her as a juggernaut instead of a sexy love interest. Will the dark lord be slain? Maybe. Will two heroes fall in love? Only time will tell!

Seven Seas will publish the manga series Who Says Warriors Can’t be Babes? for the first time in North America in print and on digital platforms in single volume editions. Volume 1 will be released on July 21, 2020