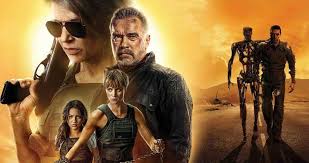 This weekend, four new films hope to add to the bottom line beginning with Terminator: Dark Fate, the latest installment in the Terminator franchise, this time with not only Arnold Schwarzenegger, but Linda Hamilton, back in her iconic role as Sarah Connor. Also debuting this weekend is Focus’s Harriet, Entertainment Studios’s Arctic Dogs and WB’s Motherless Brooklyn while The Lighthouse, Jojo Rabbit and Parasite all continue to expand.

The last installment in the Terminator franchise was 2015’s Terminator Genisys, which debuted with a disappointing $27 million and fell just shy of $90 million over the course of its domestic run. The film also torpedoed what was hoped to be the start of a whole new Terminator trilogy, but while those films never came to life, the franchise itself has not yet died. This weekend sees the release of Terminator: Dark Fate, marking what is now the sixth film in the now 35-year-old franchise. The film will launch in 4,086 locations, serving as the widest release for any Terminator film ever, opening in 328 more theaters than Genisys did. Expectations, however, are remaining muted for now, while some industry source are anticipating an opening anywhere from $41-47 million, Paramount is dialing that back just a bit, looking for a debut in the high $30s to $40 million.

A look at IMDb page view performance over the two weeks leading up to release has us more in line with the studio’s expectations as we’re currently forecasting a debut anywhere from $38-41 million. That said, we have some evidence a debut as high as $47 million is possible. The film is, however, pacing behind the likes of Blade Runner 2049 and Star Trek Beyond heading into release as well as Terminator Genisys, which has us a little more cautious when it comes to our expectations, though if it can top Terminator 3’s $44 million debut, it will serve as the largest domestic opening for a Terminator film ever. 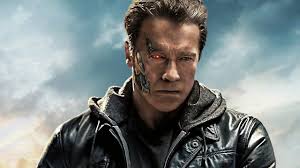 Second and third place looks as if it will once again be a heated battle between Maleficent: Mistress of Evil and Joker. Last weekend, WB’s Joker was initially believed to be the weekend champ based on estimates, but Maleficent eked ahead once actuals were counted. This weekend we’re looking at another dead heat, expecting both to finish around $12.5 million and we’ll just have to wait and see where things stand once the dust settles. That said, Joker should finish near $297 million domestically this weekend, pushing it ahead of Man of Steel, becoming the seventh largest DC Comics adaptation domestically.

‘Ant-Man 3’ Gets ‘Rick and Morty’ Writer