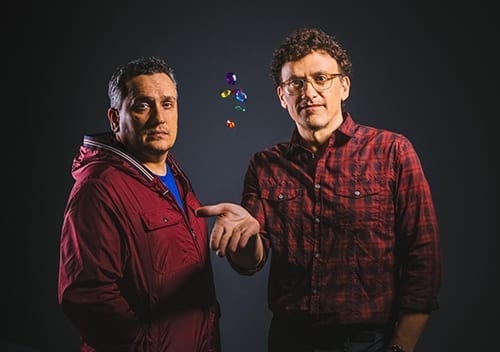 Quibi announced it has greenlit Slugfest, a new documentary series executive produced by Anthony Russo and Joseph Russo (Avengers: Endgame, Avengers: Infinity War, Captain America: Winter Soldier, Captain America: Civil War). The series is inspired by the book Slugfest: Inside the Epic, 50-year Battle between Marvel and DC. The documentary series chronicles the growth of a new American art form — comic books — as it tracks the rise of two groundbreaking creative companies who went on to become the comics-publishing powerhouses, Marvel and DC. A race to the top fueled by competitive intuition and creative ingenuity, what resulted was an indomitably American industry, rising from its scrappy, disregarded roots to establish culture-changing mythologies.

Slugfest will bring to light little-known stories from the history of this uniquely American art form. The men and women who were behind the creation of some of the best-known and most revered characters in the world will share their stories and reflect on the symbiotic relationship between DC and Marvel, whose rivalry pushed the medium to its greatest heights. The series features the stories of the remarkable behind-the-scenes endeavors and achievements that defined these industry titans: from the secret crossover inspired by the Halloween parades of small-town Rutland, Vermont, to the history behind the bone-crushing handshake between Superman and Spider-man, in the first official crossover. Each story is a gold nugget for fans of both DC and Marvel — helping fans dive deeper into the behind-the-scenes history of their favorite brands.

For more than 50 years, Marvel and DC have been locked in an epic war, tirelessly trading punches and trying to do to each other what Batman regularly does to the Joker’s face. Slugfest, the first book to tell the history of this epic rivalry in a single narrative, is the story of the greatest corporate rivalry never told. Complete with interviews with the major names in the industry, Slugfest reveals the arsenal of schemes the two companies have employed in their attempts to outmaneuver the competition, whether it be stealing ideas, poaching employees, planting spies, ripping off characters or launching price wars. Sometimes the feud has been vicious, at other times, more cordial. But it has never completely disappeared, and it simmers to this very day.