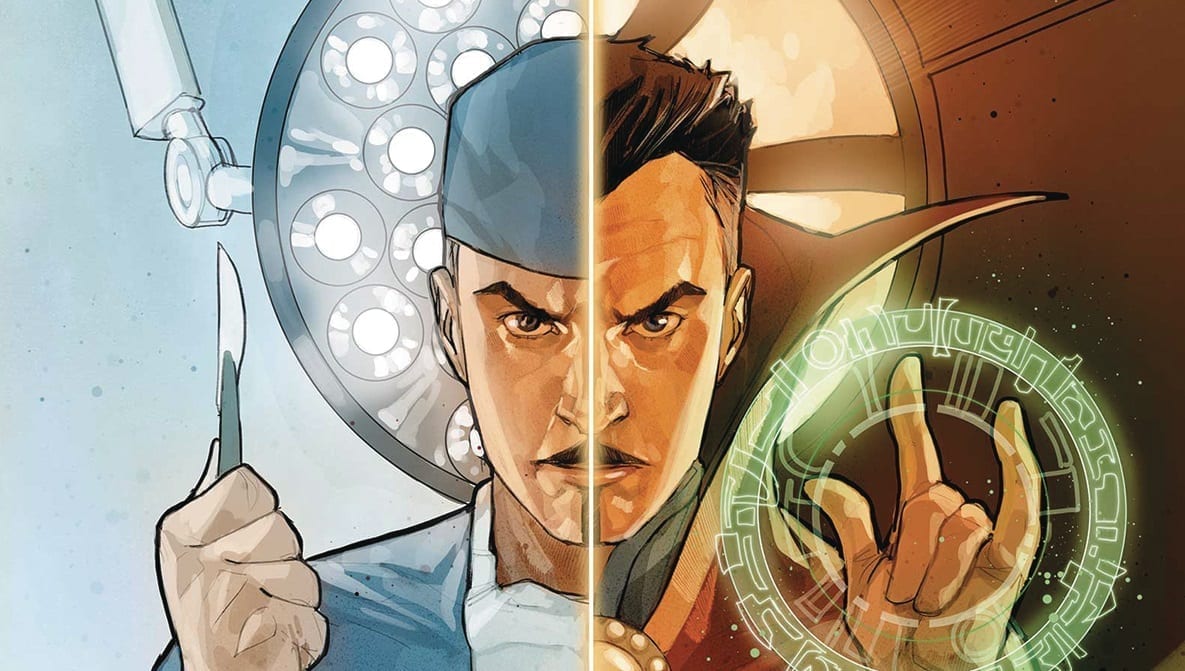 The doctor is back in! Restored to his former level of surgical supremacy, Stephen Strange now has even more responsibility to help his fellow man! Now, prepare for an all-new era of magic with this DOCTOR STRANGE #1 trailer featuring Editor-in-Chief C.B. Cebulski, Editor Darren Shan, and writer Mark Waid!

Doctor Strange now operates out of McCarthy Medical Institute as their leading neurosurgeon. However, Strange is still the world’s most powerful mage, and serves as the last line of defense between the worst eldritch evils that any dimension has to offer! Will he be able to balance these two unbearably demanding roles?

“Doctor Strange now has two jobs. By night he’s the Sorcerer Supreme, the master of the mystic arts. But by day, he’s now also the world’s greatest surgeon,” explains Shan.

“We want to get more into the heart of Doctor Strange and what it’s like to have to make the decisions he has to make every day,” says Waid.

Dr. Strange #1  by Mark Waid and Kev Walker is on sale this December at MaltaComics!