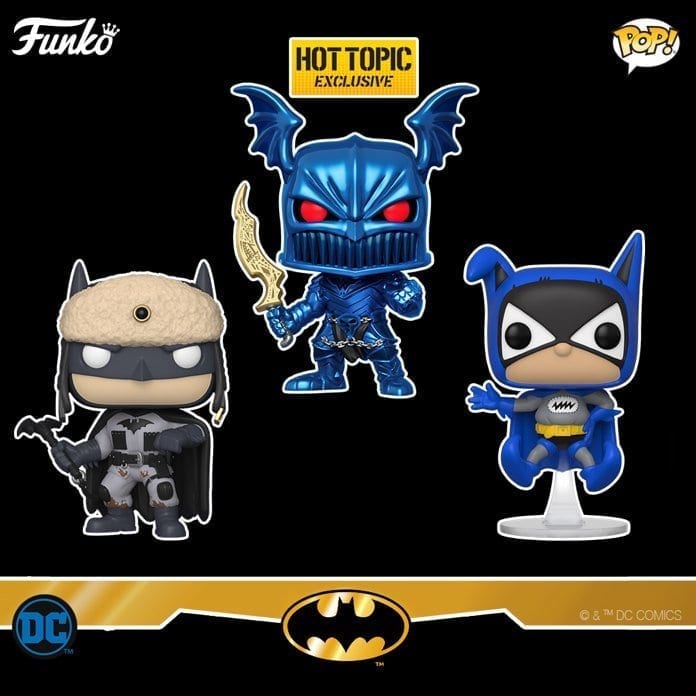 Batman is celebrating his 80th Anniversary and Funko is busy coming out with new Pops to commemorate. DC first introduced Batman—then called Bat-Man—in Detective Comics #27 in 1939. He became so popular that, Batman has appeared in many comics, television episodes and movies, battled equally famous Super Villains and is a legend of pop culture.

Funko’s latest releases to their Batman 80th anniversary lineup are some of the best additions any batfan would want to collect – Red Son Batman based on his appearance in the Elseworld tale Superman: Red Son, Bat-Mite from his first apperance in Detective Comics #267, and the Hot Topic Exclusive – the Dark Multiverse Merciless Batman from Dark Knights Metal.

Pre-orders for the Red Son Batman and the Bat-Mite Pop figurea are available to pre-order at MaltaComics at 10.99 each – this is a limited time offer. Both are slated to ship in December. More details on the Hot Topic Exclusive to follow.