Fairy Tail RPG Will Be A Turn-based Battle System 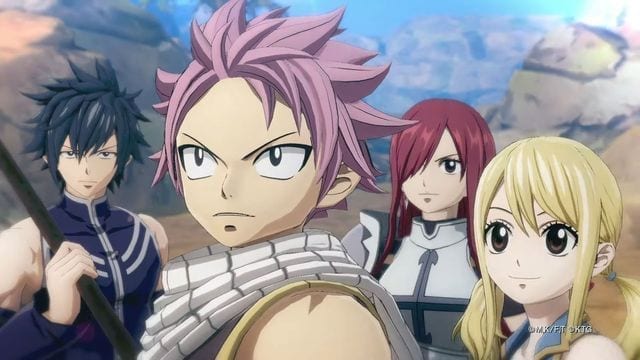 Fans of Hiro Mashima’s Fairy Tail manga and its ongoing anime adaptation will have a video game to look forward to soon. Koei Tecmo announced a Fairy Tail RPG from developer Gust, with the game lined up for a 2020 launch on PS4, Switch, and PC.

So for  it was revealed that this new Fairy tail game will be using a turn-based battle system. This was not much surprise as many anticipated either a turn-based or an action battle system, the reason being this Fairy Tail game isn’t developed by Omega Force, but by Gust, known for the Atelier series.

Koei Tecmo also announced the game will allow you create your own party using some of the most popular Fairy Tail characters, and that the game adapts popular story parts from the “middle” of the manga. As for the parties of companion characters, players will look forward to exploring the world of Fiore with iconic mages from the manga, while taking on the role of protagonists Natsu Dragneel and Lucy Heartfilia.

A little light was shed on the plot of the Fairy Tail RPG, too. It will draw its inspiration from the ‘middle arc’ of the original series, which would be the Battle of Fairy Tail. But, it could begin with the Tower of Heaven arc and once the clash with Jellal meets its resolution, the action could ramp up again with the Battle of Fairy Tail. That would bring the conflict close to home as Laxus vies to become the new guild master, while the Oración Seis attempt to control the Nirvana, and players must balance the threats to Fiore’s stability.

More details will be revealed on September 15 at 13:00 JST during the Koei Tecmo TGS 2019 stage show.

Fairy Tail is set to launch for PlayStation 4, Switch, and PC in 2020.