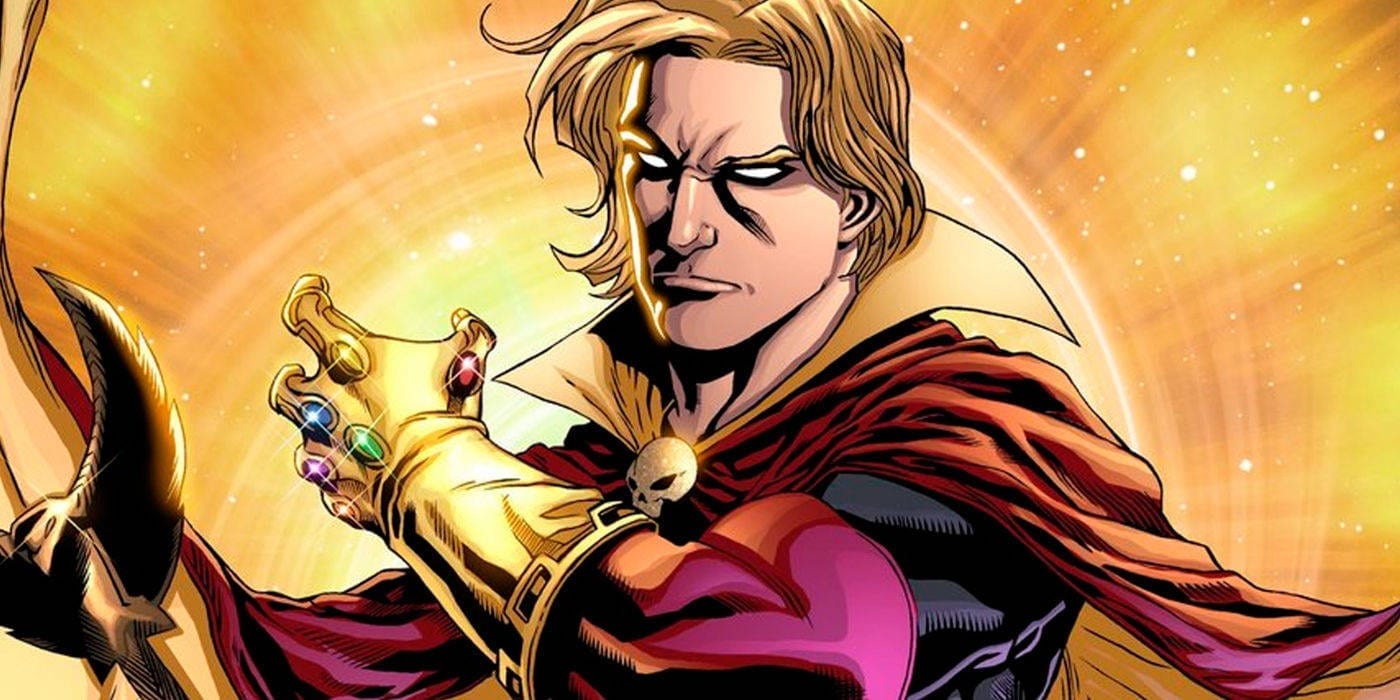 For those of you who are fans of the MCU (Marvel Cinematic Universe) but are not familiar with the original comics that were the basis for many of the stories that have been brought to the big screen, Adam Warlock’s name may not be known to you, beyond a mention in the post-credit scene of Guardians of the Galaxy Vol. 2, where a golden cocoon is observed and Ayesha gives him the name of Adam. However, this character has a very important role in the stories of Marvel and more specifically in that of The Avengers.

Adam Warlock was created by Stan Lee and Jack Kirby in September 1967 of Fantastic Four #66, where he was named as “Him” and, unlike the post-credit scene in the MCU, the character is born from an attempt by a group of three scientists called the Enclave, who tried to create the perfect being to use it as a tool to control the world. “Him” emerged from a cocoon (quite similar to that shown in the sequel to Guardians of the Galaxy) and, realizing the intent of its creators, rebels against them.

Then, when trying to leave Earth, he is intercepted by The Watcher and is returned to the planet where he has a fight with Thor because he becomes infatuated with Lady Sif, where “Him” ends up dying forcing him to create his cocoon again to recover and evolve ( This is one of Warlock’s powers.) This second appearance of the character occurs in The Mighty Thor # 165 in July 1969.

Subsequently, the character begins a journey through the universe in search of the understanding of his existence that lead him to know the Magus, a being that behaves as if he were God that led him to create a church with a large number of subjects who revered him. Then it would be discovered that the Magus was a future version of Adam Warlock himself, so his power was far superior to that of the current Warlock, but with the help of some characters who are now well-known to the public these days such as Gamora, Drax and Thanos (yes, Thanos, but only because he saw his interests threatened by Magus), they managed to destroy the timeline from which the Magus came.

Then, years later, Thanos planned to turn off the starlight and Warlock found out thanks to Gamora, which led him to return to Earth to find allies for his fight with the Mad Titan, so he tells Thanos’s plans to The Avengers who helped him beat him. After defeating Thanos, Warlock took refuge in the world of Soul Gem, a place where the deepest desires of souls come true and where he would remain for many years.

The character regains prominence in the Marvel Universe when Thanos creates the Infinity Gauntlet after collecting the gems (the Thanos Quest miniseries in the early 90s) to get Death’s love and affection (a little different from what is explained in the MCU). On this occasion, Warlock organizes an attack on Thanos with The Avengers to cause a distraction that would allow the Silver Surfer to steal the Infinity Gauntlet from the titan. However, this did not work. At the least expected moment, Nebula betrays Thanos and steals the gauntlet that is then taken by Warlock with the help of The Avengers.

While Warlock ends the conflict, a cosmic entity that is responsible for maintaining the balance between all the realities of the Marvel multiverse, The Living Tribunal, dictates that Warlock cannot keep the Infinity Gauntlet because he is not fit to be a divinity which forces the gems to be given to 6 different people (Warlock being one of them since he stays with the Soul Gem for emotional bond that has developed over time) forming a group known as The Infinity Watch.

As time went by, Warlock and The Infinity Watch faced many threats that included the Magus, Rune and even Thanos himself, who was tricked into trying to destroy the universe again. An interesting turn of events leads to, in one of his many journeys through the universe, Warlock gets a repentant version of Thanos in Rigel, a circuit of planets that were in difficult situations and in which the titan, in search of redemption and accompanied by Warlock, he decided to help them until a universal threat approaches them; Galactus, the Devourer of Worlds, who was being deceived by an interdimensional being called Hunger, leads him to search for the Infinity Gems to supposedly satisfy his insatiable hunger.

During this period, Warlock is stripped of the Soul Gem, which leads Thanos to face Galactus directly, a mission that is frustrated by the power of the latter who also had a device that allowed him to channel the power of the gems. Once Galactus discovers he is being tricked, he joins Thanos to defeat Hunger and retrieves the Soul Gem and hand it over to Warlock. At the end of this story, Warlock says goodbye to Thanos, cataloging him as a friend.

This is one of the aspects that make Adam Warlock such an interesting character and that he can contribute a lot in the future of the MCU, if he is used properly. The evolution of the character since it was created and its relationship with Thanos or Gamora, as well as its constant search to understand its existence and the universe, in addition to how ambiguous its behavior can be at certain times, could turn him into a transcendental character in the next phases of the Marvel Cinematic Universe.