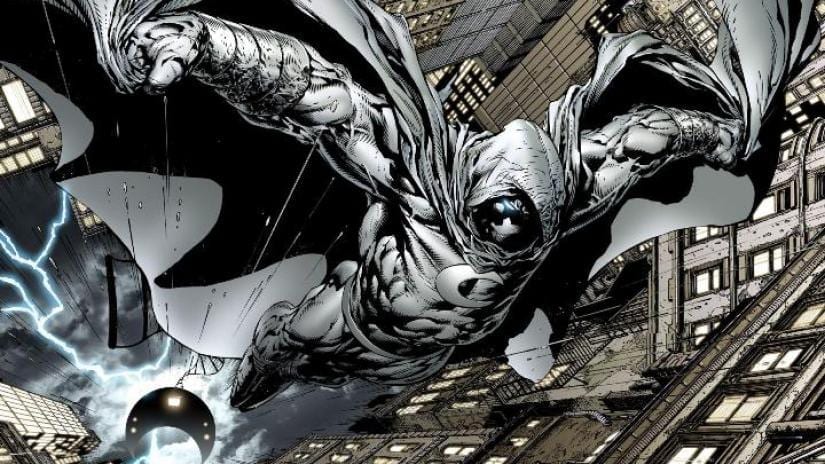 There are certain comic book characters that despite not having the clout and popularity of, say, Batman, Spider-Man or Captain America, have enjoyed very interesting runs and have enjoyed the contributions of some of the best writers and artists in the industry. And Moon Knight is certainly one of those prime examples as far as Marvel comics go.

The character of Marc Spector has been recently on the news considering that he is going to have his own live action series on Disney’s new streaming service, which is going to be connected to the Marvel Cinematic Universe (MCU). Therefore, if you want to know more about Moon Knight’s source material, here we present you the best comic book runs that the character has enjoyed throughout the years, in no particular order:

The issue that presented the character of Moon Knight to the world in 1975, written by Doug Moench and drawn by Don Perlin. In this issue, Moon Knight is sent to kill the werewolf, but after a few events, he sides with him to fight the bad guys. This was a two-part story that already introduces to the vigilante’s fascinating appearance and their aggressive fighting ways.

If you are interested in knowing the character from the very beginning, then this comic is good for you and it’s also somewhat easy to get because it’s most of the character’s collections.

Known by many as the definitive Moon Knight tandem, writer Doug Moench and artist Bill Sienkiewicz made the first Moon Knight solo run in 1980, which not only gave his fans a title to enjoy –he had been a guest star in many other titles since his inception in 1975-, but also his origin story.

This run revealed that Marc Spector was a mercenary that was left to die in Egypt by one of his mortal enemies, the Bushman, and was saved with the god of vengeance, Konshu, who demanded him to become his avatar of vengeance. Spector agreed and that is how he became Moon Knight, starting some of the craziest and most bizarre adventures in comics in this run.

Moench’s writing and Sienkiewicz’s Neal Adams-influenced art have been complemented a lot, but this was also the run that started to distance Moon Knight from that notion that he was just a Batman clone, so that is another point to this run’s favor.

Chuck Dixon is one of the most consistently good writers in the comic book business and a seasoned pro when it comes to writing about vigilantes, so his take on Moon Knight was actually very well-received and marked the character’s longest run, with 60 issues (it’s worth pointing out that other writers and artists contributed along the way).

This run was the period of biggest popularity, lasting for over five years, and sharing the stage with many hot characters at the time, such as Punisher, Spider-Man or Wolverine. It also returned Moon Knight to his vigilante ways after a period of irregularity and the last part of the run had Stephen Platt’s art, which is some of the best the character has ever enjoyed.

Moon Knight usually doesn’t interact that much with the rest of the Marvel Universe, but this period in the character’s life was very fruitful in that regard, so if you want a somewhat more “mainstream” iteration of the character, then this run is for you.

By the time that 1998 arrived, Moon Knight had been dead for four years and the opportunity was giving to his creator, Doug Moench, to breathe new life into an old avenger of the night.

These two miniseries not only returned Marc Spector to the world of the living, but also marked a return to form with all the elements that made Moon Knight so compelling and interestingly weird in the early 80s.

Written by Charles Huston and drawn by David Finch, this volume sees Marc Spector going through a mental and emotional crisis, getting deeper and deeper in his addiction with drugs while his Moon Knight persona becomes a much more violent and aggressive vigilante.

This is a very strong and insightful run, although it might be a bit of a turn off for those readers that are not fans of deconstruction. But overall I find it a very solid run.

Moon Knight is one of those characters that may not have a huge following or dozens of stories to pick from, but he has been a very consistent title in terms of quality and here you can find a very solid starting point to get to know the character and comprehend multiple versions of Konshu’s avatar of vengeance.