The third installment in the Kingsman saga currently being produced is expected to conclude the story arc  formed by the dynamic duo Eggsy and Harry.

First debuting in 2015 in worldwide cinemas, the cheering saga Kingsman does not seem to be slowing down. As it stands for 20th Century Fox Studios, which produces the franchise and has recently been bought by Disney, plans for the development of the saga remain unchanged. Not only are they producing the sequel but we’ll be introduced to a prequel entitled Kingsman: The Great Game with Ralph Fiennes and Liam Neeson which is planned for 2020 and will be dedicated to the genesis of the eponymous organization set in the early twentieth century. Shorlty after the prequel comes Kingsman 3, which will be the direct sequel to Kingsman: The Golden Circle.

Director Matthew Vaughn (Kick-Ass, X-Men: First Class ) to whom we owe the first two films of the franchise as well as the two to come, said in an interview with Digital Spy that Kingsman 3 will be the opportunity to conclude the relationship between Eggsy and Harry who were so far the main protoganists of this franchise’s story: ” We must complete the relationship between Eggsy and Harry, the last chapter of their relationship must be told, what We are ready to go, and I hope to be able to do that later this year or early next year. “

Kingsman 3 will will cast once again Taron Egerton and Colin Firth in the roles of the two famous secret agents … But for all that, does that mean that it will be the last film of the saga? Nothing is set in stone. We can only imagine that Fox continues the adventure without its two main characters, either by offering a sequel to the prequel in case of the success of the latter, or even spin-off on other secret agencies elsewhere in the world.

The Kingsman franchise has already brought back a beautiful mountain of greenbacks to 20th Century Fox since its birth in 2015. The first instalment garnered $414 million in revenue, while the second in 2017 earned $410 million Hollywood studio. Kingsman:  Will The Great Game do as much as its predecessors? The answer to that will be in February 2020 at the cinema! 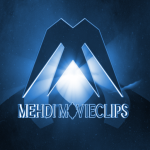